Recently, the 60th anniversary of the Antarctic treaty was celebrated.

The Antarctic treaty remains the only example of a single treaty that governs a whole continent.

It is also the foundation of a rules-based international order for a continent without a permanent population.

·        While the Antarctic Treaty has been able to successfully respond to a range of challenges, circumstances are radically different in the 2020s compared to the 1950s. Antarctica is much more accessible, partly due to technology but also Climate change

·        More countries now have substantive interests in the continent than the original 12. Some global resources are becoming scarce, especially oil.

·        There is considerable speculation as to China’s interests in Antarctic resources, especially fisheries and minerals, and whether China may seek to exploit weaknesses in the treaty system to secure access to those resources.

Therefore, all of the treaty signatories, but especially those with significant stakes in the continent, need to give the future of the treaty more attention. 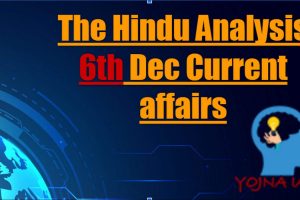 Khudiram Bose:  Today Current Affairs It is in February 1906, an industrial and agricultural exhibition was held in Midnapore, West Bengal. Hundreds of people had come from the surrounding provinces to see the exhibition.  While there, a teenager was distributing …