News: According to a report by SonicWall, a US-based cybersecurity firm ‘Cryptojacking’ attacks on computer systems have gone up by 30% to 66.7 million in the first half of 2022 compared to the first half of last year.

GS Paper 3: Science and Technology- Developments and their Applications and Effects in Everyday Life; Awareness in the fields of IT, Space, Computers. 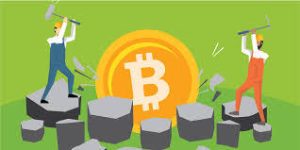 Why is cryptojacking done and how is it different from coin mining? 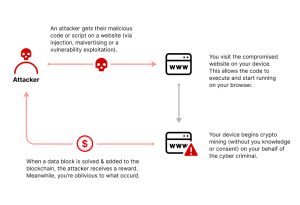 What are the main methods that cryptojackers use to maliciously mine for cryptocurrencies?

How does Cryptojacking Work?

How to detect cryptojacking?

What are the signs that a device is attacked by cryptojacking?

Why have cryptojacking incidents gone up?

Why should this be a concern?

How to Prevent Cryptojacking?