Home » Editorial: India has lost its way in the use of international law

India has lost its way in the use of international law. 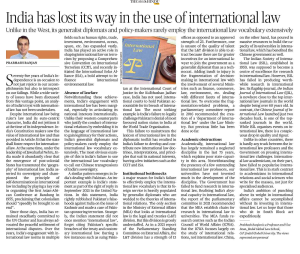