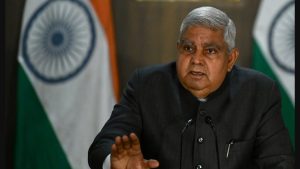 Office of the Vice President:

Eligibility and term of office

What if the election is disputed?