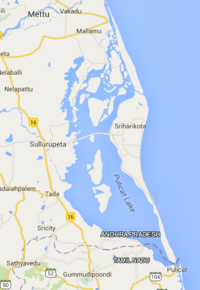 About Pulicat Lake: The Hindu Analysis

Emerging issues with over-exploitation of Pulicat Lake: The Hindu Analysis

Proper allocation of resources: – One of the main reasons for this crisis is the lack of adequacy of human and financial resources currently allocated.

Recently the Union Cabinet has approved an investment of Rs 1,500 crore in the Indian Renewable Energy Development Agency (IREDA). This will enable IREDA to lend Rs 12,000 crore to the renewable energy sector. Earlier ‘Whistleblower Portal’ was launched …

Abdul Ghaffar Khan was born on 6 February 1890 in a Pashtun family of Pakistan. Abdul Ghaffar Khan, who did his studies from Aligarh Muslim University, was a person of rebellious ideas. That is why he got involved in …

Recently, America-based Morning Consult Political Intelligence conducted a survey around the world. In this survey, Prime Minister Narendra Modi has topped among world leaders with an approval rating of 71%. Status of other global leaders US President Joe Biden …