News: Recently, A spectacular ‘Mandala’ art installation, bigger than the size of a football field, was unveiled at a public park in Liverpool in the United Kingdom. 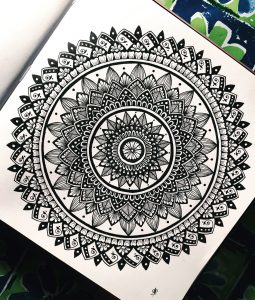 How did the Mandala art form originate?

What are the meanings of various elements  incorporated within the mandala?