GS Paper 2: Government Policies and Interventions for Development in various sectors and Issues arising out of their Design and Implementation; Mechanisms, Laws, Institutions and Bodies constituted for the Protection and Betterment of these Vulnerable Sections. 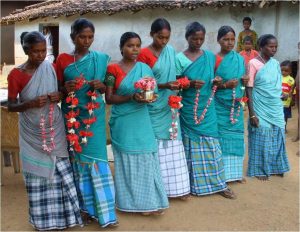 What is The Panchayats (Extension to the Scheduled Areas) Act (PESA Act)?

What are the salient features of the Panchayats (Extension to the Scheduled Areas) Act, 1996 (PESA)?

What are the powers and functions of Gram Sabha or Panchayats under the PESA Act?

Gram Sabhas or Panchayats at appropriate level shall  have following powers

An Estimate of the period of N. V Ramana as the Chief Justice of India